Who We Are and Our Story – as we interpret stories for our clients, it’s important that you know who we are too. 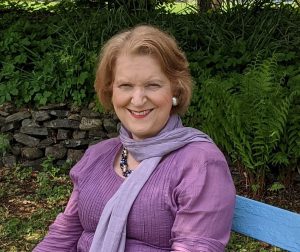 Jackie was born and brought up in Glasgow. With her degree in Modern History from Strathclyde University  and PGCSE (Distinction in teaching) from the legendary Jordanhill, she regards herself as a true “Glasgow Girl”. 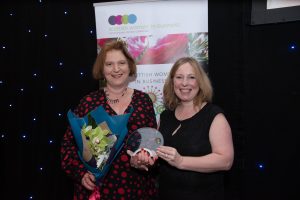 In May 2019 Jackie was awarded the prestigious Scottish Women in Business Communicator Award. Jackie demonstrated that her excellence in communication conveyed a sense of balance and integrity and that her listening skills informed her communication with others. This above all else made her stand out within this category. Jackie said after the award: “I am thrilled to be recognised by Scottish Women in Business, as well as the wider business community and of course my peers”.

The business was set up in 2000 with a view to interpreting history and heritage to the widest possible audience. This has remained the primary focus of Artemis from its foundation with emphasis being placed on understanding how we have lived in the past and the heritage of our country using story telling and performance techniques.

As well as managing the company, Jackie plays a number of characters in the Artemis theatre. She hosted a GLOW meet as Mary, Queen of Scots in partnership with Historic Scotland and the National Archives of Scotland at which the then  Cabinet Secretary for Education and Lifelong Learning Michael Russell also took part.

Jackie has been a guest lecturer at both Strathclyde and Glasgow University teaching campuses demonstrating different approaches to teaching history at secondary level.

Jackie is passionate about finding new ways to reach out and engage people who would not usually participate in their heritage. Her use of social media to promote interaction with the 1950s characters Muriel and Jasper has had considerable success and been noted by others in the museum and heritage interpretation profession as a particularly creative use of social media.

In 2020 Jackie became a Trustee of the Association for Heritage Interpretation (AHI). She also joined their Awards Team and has played a major role in re-structuring the Awards under the new title of “Engaging People Awards” and was part of  the Judging Team that selected the 2021 winners of these prestigious awards.

At the beginning of the year Jackie became Chair of the Engaging People Awards Group for 2023.

To help her with her research into costumed interpretation, Jackie has now registered as part of ORCID. 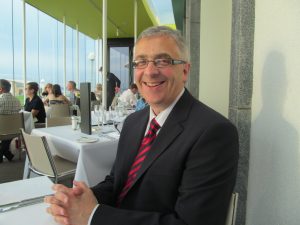 He is well known for his work on the Egyptologist Arthur Mace, the unsung hero of the Tutankhamun excavation about whom he has written and lectured widely. His book “The Grand Piano Came by Camel” is available online. His work on this book resulted in the re-discovery of material relating to Mace. Chris worked with the Metropolitan Museum of Art in New York and this produced several exhibitions, his book and a television programme for the BBC. He has recently collaborated with Harvard with respect to his work on Mace.

Chris lectures throughout the UK and the United States. Perhaps his most unusual being a presentation on “Margaret’s Wardrobe” at the Gender, Bodies and Technology conference in Virginia. He has also presented this piece at National Museums Scotland.

For Artemis he manages the research and curatorial aspects and occasionally dons a costume! He also works independently as a curatorial consultant and researcher.

As a result of personal experience, Chris campaigns for improved care for dementia suffers using biographical history. He has developed a programme of training for nurses who wish to train as dementia champions in hospitals. This is called History for Health.