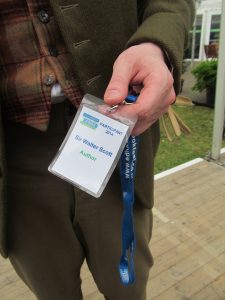 The badge says it all!

Sir Walter Scott made a “surprise” visit to the Edinburgh International Book Festival as a guest of Edinburgh UNESCO City of Literature. 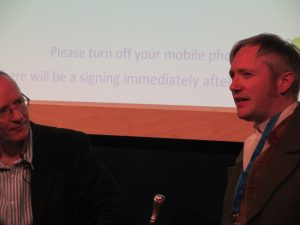 At the “Reading the City” event the author and enthusiast of Scott, James Robertson,  interviewed this great man of letters, and the law, on his life in Edinburgh and his famous novel, Waverley which has been used to name many things, not least the great station of Edinburgh and his views on some of the modern things he has encountered on his trip into the future. 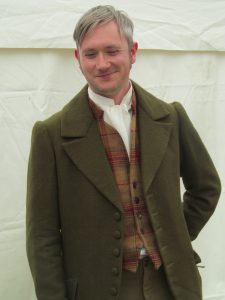 A relaxed Sir Walter at the Edinburgh International Book Festival.

Sir Walter’s appearance at this event is through our association with the Palimpsest Project and Edinburgh University and our role in bringing authors of the past to life to enable a better understanding of their role in the literary interpretation of Edinburgh as well as in the discovery of the city as it is today. 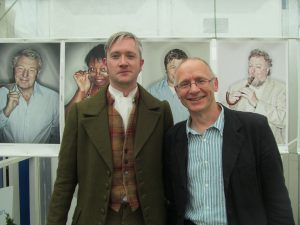