Sir Robert Lorimer, architect of the controversial Scottish National War Memorial, will be at the Castle on these dates.

He will be outlining the difficulties he faced in getting his designs and ideas accepted in war-weary Scotland. His persistence and his success in the construction of this majestic memorial to those who made the ultimate sacrifice is his triumph. 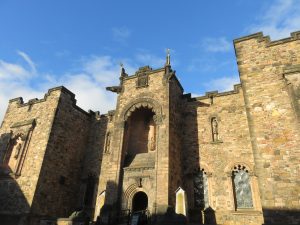