This week’s blog from Muriel and Jasper takes us not only back 60 years, but also back to the 19th century and the remarkable career of her dear grandmother…. 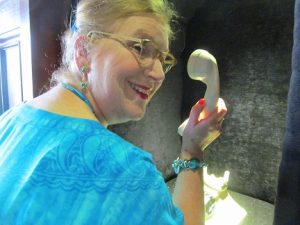 “The Glasgow Lady” has asked me to produce a further series of journalistic masterpieces on the women’s magazines of yesteryear. However, the call of duty is strong for the simply marvellous. What right have I to resist the plea of a leading commissioning editor when she phoned and said, “Muriel, is it right for a woman who writes with the eye of Dickens and the ear of Austen to deny the public a further engagement with a literary talent, as yet not fully tapped?”

Once again, I have decided to draw upon my dear late grandmamma’s experiences. You will, if you have been paying attention, recall that last year I found a collection of paper in the attic which revealed a whole new insight into the character of my grandmother.  Her public face, as the wife of a leading Glasgow entrepreneur, was the traditional one. She was a fine upstanding woman, well corseted and with such sensibilities that the sight of a gentleman removing his pocket watch from his waistcoat had her reaching for the smelling salts. She rarely left the confines of her drawing room as there had once been a rather appalling incident, when she decided to tour the garden and glimpsed red hot pokers in full bloom. Suffice to say the gardener and his apprentice were sacked on the spot.

In truth this persona was something of a creation to satisfy the expectations of my grandfather who, like many Victorians, ruled his home and family with an iron rod. For him, a wife was the angel of the domestic sphere. He was a deeply religious man and philanthropic to a fault. His interest in fallen women and orphans was the talk of the Exchange, and his financing of  a special clinic at the Western Infirmary (enter by a green door half way along Dumbarton Road, no names, no pack drill) was a breakthrough in the City’s public health. Such was his commitment he was a regular visitor at the clinic himself. 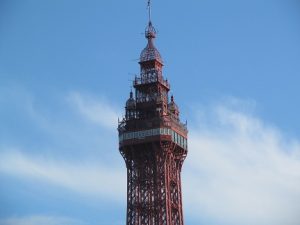 My grandmamma clearly found her middle class life tedious and as documents reveal, as well as the odd spot of laudanum, she sought a creative outlet by the purchase of an electric circulation stimulator – she was a martyr to chilblains. She was also the secret contributor to a magazine called The Lady’s Companion. Had this become known, she would have been ostracised the length and breadth of Kelvinside.

Her draft articles, however, have left us a glimpse into life last century and this week we join her at the beginning of 1894. Queen Victoria is on the throne; Gladstone is in his last weeks as Prime Minister; Blackpool Tower opens; a Michael Marks and a Thomas Spencer have opened a shop in Manchester; Rudyard Kipling has published some short stories under the title The Jungle Book.

Only At The End Of A Well Spent Day

As well as The Perfect Tea Cake, my grandmother was also concerned with publications, not necessarily those of Mr Kipling, but of the concept of the novel itself. In “Is novel reading harmful to the young?” Grandmother takes a balanced view. On the one hand she recognizes that that there is a danger of “undue novel reading”, which focuses on “exaggerated travesties” which could not possibly be enacted. On the other hand, she saw no harm in the moderately average girl doing some light reading at the end of a day, having competed such tasks as rearranging and decorating the drawing room until luncheon; remaking last year’s gown in the afternoon with the period following  afternoon tea to be used for fancy work. With all this completed a short time before changing for dinner might be used in novel reading. On the other hand, sitting all day with dishevelled hair and untidy frock turning pages is she said the road to “moral shipwreck.” 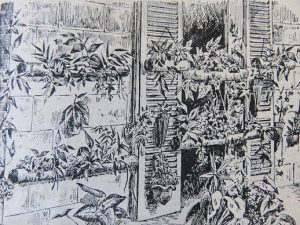 It was in “Home Decoration and Embellishments” that my grandmother excelled. Her articles on “furnishing a country cottage for £50”, were legendary. Of course, she did not use her own name as Grandfather would have had apoplexy. Instead, she used a variety of the noms de plume.

She specialised in the typical cottage tenanted by two ladies of the sort interested in hot poker work and archery. These practical ladies could do very well for themselves, making the pennies go a long way. One or two were quite capable of putting up a wrought iron bracket as well as, in some cases, laying a quarry tile floor. These ladies, being modern, tended to favour Moorish or Japanese styles particularly in the mantelpiece area. 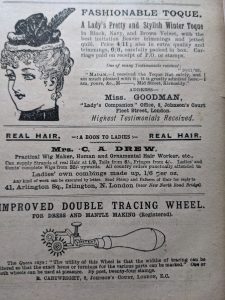 From time-to-time Grandmamma would find herself editing the fashion pages. She did this reluctantly as like moi she was, perhaps, the most stylish woman in the city and her identity might soon be realised and send Grandpappa into moustache-waxing overdrive. Her advice was sought on most aspects of home and visiting toilettes, but particularly in millinery which could be a nightmare for the unsophisticated or person from Paisley.

In 1894 she promoted the Alpine shape, trimmed with a favourite coq feather in the French manner. It was in that same year that she said the Basque jacket was in and pronounced “frills are now quite out of date”. This did lead to some speculation, in the Botanic gardens, about the identity of the editor of the fashion pages.

It was, however in giving personal advice that my grandmother came into her own. Many a young lovestruck girl would pen a nervous letter, and receive a prompt and sometimes pointed reply, for example:

Jessie S. Clark, you are young, therefore do not be in a hurry to overcome bashfulness.

Ethel, I am sorry you are right. Five years is much too long a time for a young man to monopolise your society without a proposal. I think you should raise the matter with him. You are wasting your best years and will find you are on the shelf if you are not careful. Have you considered that he might be artistic or theatrical? Introduce him to watercolours and an amateur dramatic society and observe.

A Scotch lassie, you are wasting my time, if the young man has turned his attention to another, let him go. Such behaviour as you describe is weak minded nonsense, past all bearing. Clinging to his umbrella while he boards the train will only alarm other passengers.

Anxious Pansy, you, are wasting your time pursuing male celebrities at the stage door for their autographs – such silly behaviour. You might as well go directly into the Lion’s den or the Home for Fallen Women.

Pearl, I quite agree, an offer from a prominent Glasgow businessmen to see his collection of architectural ironmongery is best avoided by politely declining or a swift kick in the frock coat. Did he by any chance have a splendid, waxed moustache?

Rhoda, being plain is no disgrace. Have you considered making lamp shades?

Charlotte, do I really believe my eyes? You surely cannot be questioning the propriety of you at forty years of age considering letting lodgings to young men. Tell me where do you stand on the question of quarry tile flooring?

Health and Beauty – The Noses Have It! 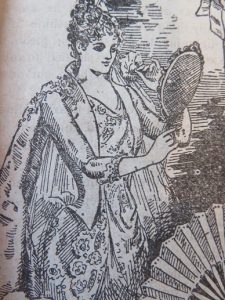 It was, however in the matter of health and beauty that my grandmother’s advice was most valuable. Indeed. letters to Ninon formed the largest part of the daily postbag. Again, there was no beating about the bush.

Gladys, Winter hair is difficult. I do not recommend washing it in frosty weather. Instead beat up the white of an egg, add half an ounce of spirits of Rosemary,1/2 drachm boracic acid, or Californian borax, and 6 ounces Rosewater. Apply with a small sponge once a week.

Nancy, your figure will improve by exercising with dumb bells and friction.

Bolton Gladys, drink cocoa; tea is too enervating regarding the delicate matter of which you speak.

Nan, you might try bathing your nose in hot water at night, and when dry rub in oxide of zinc, vaseline and boracic ointment. Buff with a soft cloth.

Kathleen, is it only your nose which bothers you?

F.D.M., you must go out or your nose will never become its natural colour.

Emily, much buttered toast will indeed cause headaches.

Rose, bathe your nose every night. Cover your nose before going into a warm room.

Subscriber, do not worry about your stoutness, eat very little, no pastry and have a good rub down with a rough towel night and morning.

Jane, your circulation is defective. Take a tepid bath every morning and rub down night and morning with a rough towel.

Alison, peppermint oil and a rub down with a rough towel night and morning. 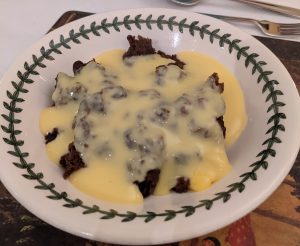 “Muriel, I am home. Do you fancy a wee whisky and soda? It’s cold outside.”

“Personally, I’d prefer a sherry. Just let me finish this.”

“I shall nip up and change. By the way, what are you doing?

“I am just doing a piece about my grandmother for ‘The Glasgow Lady’ based on those manuscript articles we found.”

“Oh yes I remember all those prunes and rough towels. You know Muriel my Granny Wylie in the Gorbals and your dear Grandmamma in Kelvinside were not so different.”

“What do you mean Jasper?”

“Well, they both helped girls and women who were admittedly separated in terms of class and income, but united in their poor education and their lives controlled by others.”

“Indeed Jasper, but at least my grandmother’s activities were legal.”

“Yes, but there is nothing more illegal in my book than ignorance and lack of choice.”

“Jasper, you are very wise. Sometimes, I remember why I married you. Let’s have doubles. Mrs Travers, who has done extraordinarily little all day. is making macaroni cheese.”

“Certainly not Jasper! With melba toast and a tomato salad.”

“Is there any clootie dumpling left?”